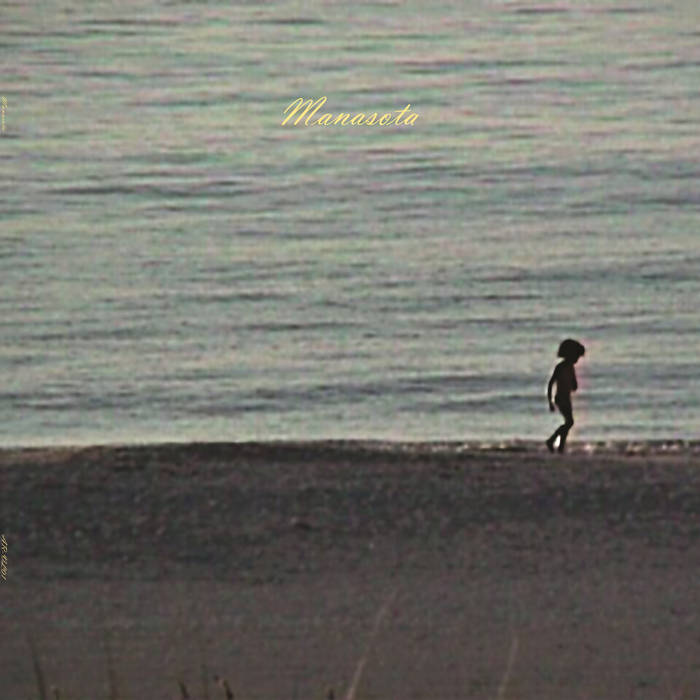 See the complete documentary series on YouTube of the making of and story behind this album www.youtube.com/playlist?list=PLs9zAgLmBvnmKVR5sK3aHemyfZa4_-LBv

Manasota is a 10 song instrumental post rock LP available on 180g vinyl and digital download. I played every instrument myself*, drums, bass, guitar, percussion and synths, recorded, mixed and mastered it, took the photo cover, and did the artwork and layout. It was a true labor of love, and took me nearly a year of dedication to complete. I feel it's sound is something to be proud of. Fans of Pat Metheny, Micheal Hedges, Mark Isham, and Interior will fell really at home listening to Manasota.

Behind the music on this LP, is the history of the past decade of my life up until when it came out in 2016. Below was what I wrote at that time.

In the year 2005 I was in a really tough place in my life. I was just about to turn 30 and The 10 years leading up to that time I had become heavily dependent on drugs and alcohol. My life was chaotic and out of control. Near the end of 2005 I went to the doctor and was diagnosed with Hepatitis C. I was drinking heavily and the doctor told me that because of my liver, I would need to change things or there would be serious complications.

So that's what I did.

Immediately after that appointment I quit drinking. Then I started removing unhealthy items from my life and replacing them with healthy ones. It wasn't easy, but I felt like the universe was waving it's arms in my face, and I couldn't ignore it any longer.

One of the healthy things I started to do was to ride a bicycle. At the time I was living in a very small town on the West coast of Florida and nearby was a small island called Manasota Key. I would ride my bike down to the key and wonder slowly up it's beautiful tree covered coastal road on my bicycle alone. I found Manasota Key to be a very healing place, as well as the rest of Englewood. The only friend I had there moved away, and the only person I knew in the area was my mother. I was living alone and was supporting myself by painting houses alone and working for my mother's company.

I was very troubled at the time but when I wasn't working, I kept riding my bike, I created my own form of meditating by using things I read in books, I studied many different spiritual philosophies and just kept at it. Like always I had music to fall back on and this whole time kept recording and releasing music. Much of that you can hear right here on Anthill Recordings. I just kept telling myself that at some point I would learn how to feel normal again. One by one I removed all substances from my life within a 2 month period. My brain wiring was a mess, but I just kept riding, going to Manasota, and working on music.

3 Months went by and I went to see a liver specialist about my disease. Much to my surprise the doctor came in and said, "well, you don't have it." I wondered how can that be? He said that I either never had it, and it was a mistake, or somehow it just went away. I really felt blessed and that some type of miracle had just happened. I took that as a sign and never went back to drinking or or taking any type of drugs. It has now been over 10 years and I have never gone back to my old lifestyle.

I feel that without Manasota Key, and the isolation in such a peaceful environment that maybe I would have never been able to do what I did. Last summer it was coming up on the 10 year anniversary of those events and I was working on new music at the time. I was thinking a lot about those days and making this music that I felt was really capturing the spirit of the nature that exists in that part of Florida. I was also reflecting and feeling very grateful for my second chance.

I knew vinyl was insanely expensive so, basically for the heck of it, I got the idea to do a Kickstarter campaign. I honestly didn't think I'd get much response from it I thought at the most maybe 3 or 4 of my close friends would back it. But much to my surprise, it actually did succeed! Thanks to the amazing generosity of so many people, I managed to raise enough money to press the LP on 180g vinyl with full color artwork!

After many many months of waiting for the pressing to be completed, I have finally received the LPs and am sending them out to all of the Kickstarter backers. Now with all of that behind me, I now face another challenge, the challenge of selling 500 vinyl LPs in 2016! I don't expect to sell them all right away, but maybe with your help, I can sell a few here and there and over time, maybe get all of these in the hands of people who can appreciate the music and the story behind it.

Love, Peace, Kindness and Health to All,

Thank you for reading and always helping me live my dreams,

I would like to thank all of those who so generously backed this project to make it a reality. Without all of you this album would not have been possible. I would also like to give a very special thank you to the following people who were essential in the creation of this LP: Chealsea W, Chad, Sarah, and Lincoln Sine, JG, Ronan Conroy, Kim Coletta, Satoshi Inoue, Joseph McRedmond, Andrew Marshall Alper, Jeremy Atkins, Steve Markle, Monica Servaites, Aaron Squadrilli, Cristiane Da Silva, David Mazorra, Jenn Jannon, Victor Huang, Gonzalo Ovelar, Will Scecina, Claire Conroy, Mary Hank, Stephen, Nora, Josie, and Tristan Wierbonski, and Lili De La Mora.

In Loving Memory of Michelle Wolford and Dan Hosker

Anthill recordings is an independent record label who has been releasing music since 2005. It was founded by me, Justin AKA Demonic Sweaters.

Bandcamp Daily  your guide to the world of Bandcamp

Cannibal Corpse's George "Corpsegrinder" Fisher stops by for an interview