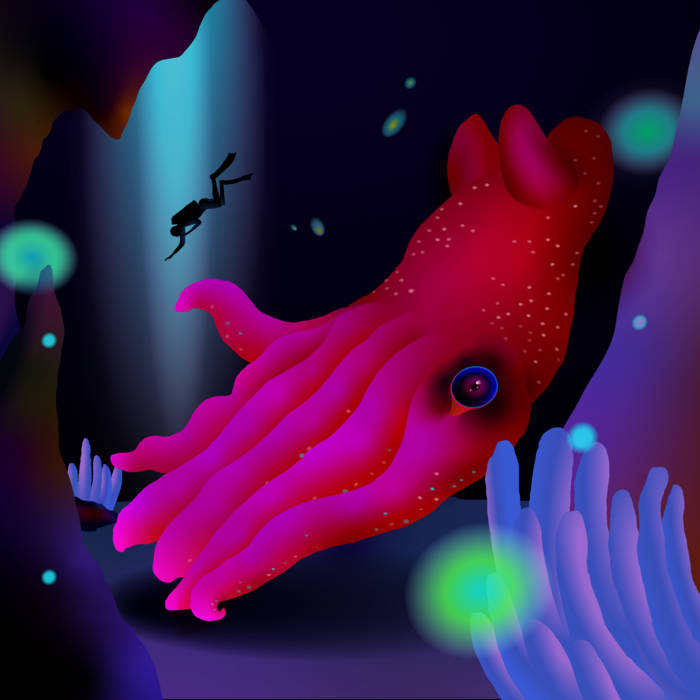 The Album In Depth was recorded between 2018/2019 in Brooklyn, NY by Demonic Sweaters. In Depth refers to the contemplative nature of the album, and how much I felt I was reaching inside my own mind, truths, flaws and qualities during it's creation.

Live drums are a staple on most of the LP, as well as electric bass, guitar, synths, and use of trackers such as Milkytracker on songs like Triumph, Cherry Red Lips, and Psymoon. The song 'I'm A Parrot" features vocals that were recorded in a stream of consciousness method without knowing what I would say until I was saying it.

I feel like this album represents some of my most unique work to date. The track Eleven is named so because of it's time signature of 11/4, and 'The Plastic Brain' refers to the brain's ability to change itself by changing one's actions. Change is another theme running strong throughout the album as mentioned in 'Droplets of Change'.

Change is unavoidable in life, but also is necessary tor survival, whereas stagnation equals death.

The amazing artwork for the cover was done by my good friend Ligang Luo out of Beijing, China. www.ligangluo.com

Anthill recordings is an independent record label who has been releasing music since 2005. It was founded by me, Justin Wierbonski. Most of the music on here was made by me, but I have the occasional guest release.

Bandcamp Daily  your guide to the world of Bandcamp